Rosa Monckton’s article in the Sunday Times (5 June 2016, paywalled) argues that people with learning disabilities should not be moved from residential care into supported living.

The article claims that this is being done purely for financial reasons, that it is unfair and inappropriate for people who are unable to live on their own, can be a huge disruption to those who have lived in the same setting for many years, and can cause unnecessary worry for families and carers.

The Sunday Times article provides shocking examples of people being left to make choices or decisions for which they lack capacity, and being expected to carry out tasks which they are incapable of. These examples are at best examples of naive and ill-informed support, at worst poor practice verging on abuse.

In good-quality supported living, if someone has capacity and the ability, support staff would actively work with the individual to encourage and enable them to do, or at least participate in, everyday tasks.

If the individual does not have the capacity or ability, support staff would ensure such tasks were carried out for them, including by the support staff themselves. People receiving support would not have the tasks thrust upon them and be left to fend for themselves under the misguided notion that they were simply exercising their right to choose.

Affinity Trust believes that a residential service for 10 to 40 people will not be able to provide individual, personalised and tailored support which responds to each individual’s needs and preferences as well as supported living can (supported living typically involves supporting one to three people in their own accommodation).

That is not to say that people in residential services should be made to leave. Such a move should be, demonstrably, in the individual’s best interests. If someone has lived in residential care for a long time and is settled, with established relationships, they should be allowed to remain there if they want to. If people lack the mental capacity to make such decisions, a “best interests” meeting (including family and friends) should be able to determine if it is in their best interests to remain in the residential home.

The choice between residential care and supported living does not need to be determined by an individual’s intellectual or physical ability, or lack of. It is not the case that supported living only works for people with greater levels of ability.

Affinity Trust supports many people with profound and multiple needs in supported living. They are not left to make choices for which they lack capacity, or left to fend for themselves with daily or household tasks or anything else if they are not able. Rather, whether they live with other people or on their own, they are supported 24 hours a day by dedicated teams of support workers. They experience much more choice and control over their lives than they did in a residential setting where, often, an individual’s preferences have to compete with perhaps 20 or 30 others. (For example, mealtimes are likely to be at a fixed time every day, and with limited choice, because of the need for a catering team to prepare a large number of meals every day.)

We understand completely that people with disabilities and their families and carers may find a move from residential care to supported living to be a large and difficult change. Generally, though, if the change is managed well, the outcome is usually incredibly positive and life-affirming.

In our experience, supported living is often not a cheaper option for local authorities. Yes, the housing costs are borne by housing benefit and not by local authorities; however, supported living, because it provides more individualised and personal support, typically involves each person receiving more one-to-one support. This means that costs are usually greater than in residential services where staff hours are more typically shared by a number of people at a time. In a residential services, it is common to find six people with profound or complex needs being supported by three staff; whereas, in supported living, individual people with similar needs are likely to be supported by a single support worker on a one-to-one basis.

I am all too aware of the financial pressures faced by local authorities but, in Affinity Trust’s experience, such authorities prefer supported living to residential care because it provides better-quality support and lifestyles. If anything, our experience is that costs are causing local authorities to place people in settings with a greater number of people, rather than the lower numbers associated with supported living, simply because of economies of scale. 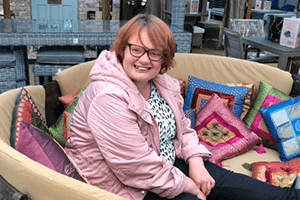 "Everything here is fantastic" 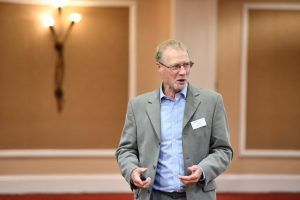 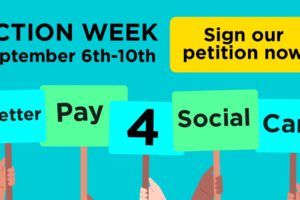 Week of action for better pay

Affinity Trust has joined the Better Pay for Social Care coalition, which is lobbying the government to improve funding for social care workers. The week of action ran from 6 to 10 September.