Joe, who attends Affinity Trust’s opportunities service in Leeds, had always wanted to try laser tag, but is asthmatic.

Because of this, he’d never even thought of playing, in case he had an attack.

Noah is Joe’s Team Leader, and has been working with him since November. Noah spent a lot of time getting to know Joe and looking at a number of different activities, to get some ideas of what Joe would like to do with his one-to-one hours.

Joe mentioned he would like to try laser tag and explained why he’d never done so. Noah agreed to speak to different companies.

At Joe’s first person-centred review, he brought up laser tag again. He wanted to set himself a goal of joining a game, and asked Noah to go with him.

After contacting a number of companies, Noah spoke to Laser Zone at Kirkstall, who agreed to make some adjustments for Joe. The arena was booked out just for them, and the smoke machines turned off, enabling Joe to enjoy his first-ever game.

Joe said: “I really enjoyed my time in laser tag and I wanted to keep doing it. I’d like some more people to come along and we can make a proper go of it!” 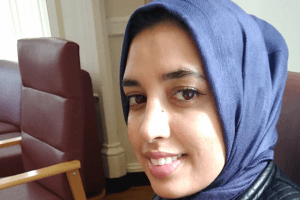 The Care Quality Commission has rated our support in Gledhow in Leeds ‘Good’ in all five categories – safe, effective, caring, responsive and well-led. 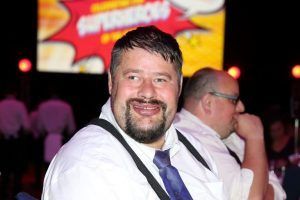 Affinity Trust teams in Leeds and Sussex picked up two prizes at the 2019 National Learning Disability and Autism Awards. 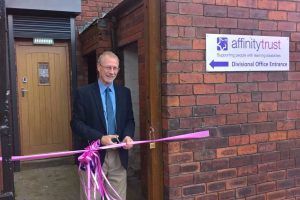 A new start in Leeds

Affinity Trust celebrated its move into new offices in Leeds with an open day on Thursday 14 September.