Annie, who Affinity Trust has supported since 2014, is one of the artists involved in a Southend campaign to positively promote people with learning disabilities.

Recognise Us was an art installation that took place in the seaside town in 2017. Southend residents with learning disabilities created self-portraits using stencils and spray paints. These were then displayed on the town’s streets.

Recognise Us was run by Project 49, part of Southend Care, a local authority trading company. 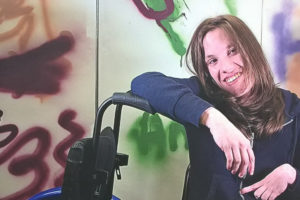 Debbie Chapman, the project’s assistant manager, explains: “Annie had been attending a group session at a local college run by Project 49. Annie contributed to this by spray painting the stencilled pieces of artwork with the help and support of the staff.”

The final images of six people with learning disabilities were displayed in Southend’s Victoria shopping centre over the spring and summer of 2017. Those featured include Colin, who volunteers at the Recycled Cycles Centre, and kitchen and restaurant assistant Kerry.

The project recently attracted national media attention when it was featured in The Guardian.

As one of the artists, Annie also features in a postcard pack launched in March 2018.

This isn’t the first time Annie has taken part in a creative project. She was also one of the models for Project 49’s ‘Under the Radar’ photographic project. In this, photos of service users depicted their interests – Annie’s ‘Rebellious’ tag reflecting her interest in graffiti art. 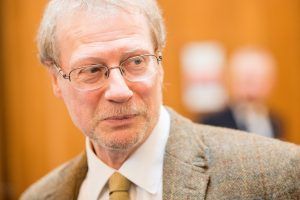 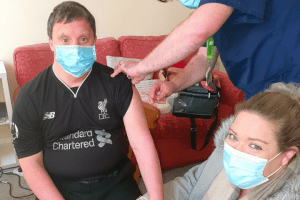 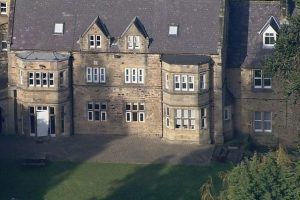 Our statement on the government’s response to the JCHR's reports on the Detention of Young People with Learning Disabilities and/or Autism.