The award was won by Amanda Riddell, a Support Worker in Aberdeen, who joined Affinity Trust in November 2018.

Amanda made the bear for June, one of the women she supports. June, who is in her late fifties and has autism, had had the same bear since she was a child, sleeping with it every night. More than that – the bear was a big part of June’s life, comforting her and helping her communicate.

But, after 40 years of being cuddled (and having its nose affectionately chewed), June’s bear had become threadbare. Support staff had bought replacements, but June had rejected them all.

So Amanda tried another approach. She set out to make a replica bear, sourcing her own materials (“it had to be so exact”) and then spending three months making the bear from scratch.

The new bear then had to be properly introduced to June. Amanda wrapped it in some of June’s laundry, so that it smelled familiar, and then wrapped it in her arms as she slept.

Unlike the shop-bought bears, the handmade bear has been accepted. June’s elderly mother, who lives nearby, is especially pleased.

Amanda in fact won two awards, as she is also part of the Aberdeen outreach team that won the ‘best team’ award. She says she cried when presented with the first award, but recovered to “let out large screams and whoops” for the team award.

Amanda comments: “I’ve worked in social care since I was 17. To get that actual recognition – it’s very nice to get recognised and acknowledged.”

The judges said: “This is one example of many that show how Amanda has gone that extra mile to ensure that the needs of the people she support are being met. She is an excellent role model.”

The Affinity Star Awards were launched in response to staff feedback. The awards are presented in four categories: best employee, leader, newcomer and team. 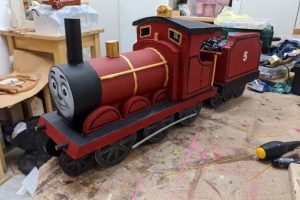 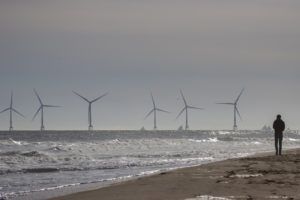 Sandy, who Affinity Trust has supported in Aberdeen since 2019, used to need round-the-clock support. Now he needs just a few hours a day.