The inspection by CQC, the independent regulator of social care in England, took place in October. Affinity Trust supports 34 people in Sheffield, mostly with supported living.

The inspection was carried out by one inspector, who spoke to five people being supported by Affinity Trust, and nine staff. The inspector also reviewed a variety of records, such as staff recruitment files and people’s care plans and medication records.

Relatives told CQC they were confident that staff treated their family members with respect and supported them to retain their dignity. One said: “Since this agency [Affinity Trust] has been involved, it’s like a breath of fresh air – we as a family finally feel listened to and general assumptions about what [person being supported by Affinity Trust] can and can’t do are no longer being made.”

Staff said they felt listened to and were committed to improving the quality of support. One said: “It’s a really good place to work, all the staff support one another.”

The ‘Good’ rating for Sheffield means that all Affinity Trust’s registered locations in England have been rated ‘Good’ by CQC for more than a year. 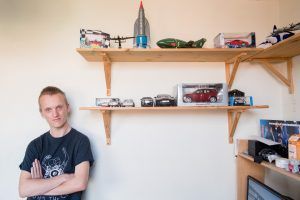 Affinity Trust’s Sheffield service has been rated ‘Good’ by CQC. They achieved ‘Good’ in all categories: safe, effective, caring, responsive, and well-led.