Until last year Artur, now aged 26, was living with his parents in Aberdeen. But when his mum passed away and his dad was admitted to a nursing home just months later, his world fell apart.

The family had moved to Scotland from Poland 10 years earlier, but had never accessed social support.

Artur was now living on his own, and unable to cope. His flat was infested with fruit flies. Then he set fire to his own bedroom and was at risk of being taken into care.

That’s when the council asked Affinity Trust to step in. Support Manager Catherine says: “It wasn’t till it reached crisis point that we took over”.

Catherine’s team soon found out that, as well as a learning disability, Artur had a hearing impairment and undiagnosed autism. With Artur’s agreement, Affinity Trust’s staff team, including Polish-speaking staff, started to restore his flat, supporting him to paint his bedroom and sourcing new furniture – temporary upgrades, until the council can re-house him.

The team has also been working with a dietician, who has been advising them how to introduce healthier meals, and to use visual meal planners and recipes.

Artur’s staff discovered that he likes to draw and paint, so they’ve bought him art and craft materials and adult colouring books. They have been researching local art groups that he may like to join after lockdown. Meanwhile they have supported Artur by doing art and crafts with him, playing cards, and accompanying him on walks.

When Artur visited the local Affinity Trust office on his birthday, Catherine decorated it and bought a cake. “I couldn’t let his birthday go past. We organised a little thing, he was just over the moon.”

It has been a tough time for Artur, but with spring comes some hope. He hopes to be re-housed soon. And, once Covid restrictions are fully lifted, Artur is looking forward to visiting his father in his nursing home. 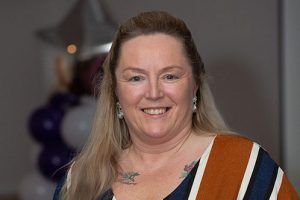