Soon after starting to work for Affinity Trust, I sat down to watch the Panorama report on Winterbourne View. I knew it was going to be grim from the media coverage, but spending an hour seeing vulnerable people being abused by staff paid to look after them made me quietly angry and determined to help. I still have a clear image of a young woman crying out for her mum while being bullied by support staff.

Over the years, Affinity Trust has helped people move out of hospital and institutional environments. However, again and again we got referrals for people who needed accommodation that couldn’t be sourced from existing landlords. Reading through referral information showed a huge need for:

A two-bedroom bungalow in a cul-de-sac was not going to fit the bill!

It became clear the only way we could get the accommodation right was to do a new build, and design something that would enable us to help people with learning disabilities and/or autism still stuck in hospitals and assessment and treatment units.

Several things came together. NHS England announced there was capital funding available for charities like ourselves to apply for; commissioners in Leicestershire were prepared to work closely with us; and we found an ideal plot of land up for auction that I thought we could get for a very reasonable price. I should also mention a senior management team and board of trustees who were willing to take a leap of faith to give the go-ahead to something that could be life-changing for the people referred to us.

On a good day, I have been called tenacious, single-minded and determined: qualities I would need in spades on Affinity Trust’s journey to open its first new-build development as part of the Transforming Care programme.

The build took just over a year and was a steep learning curve for myself and the organisation. Please, let no one tell me again that it is so much simpler to do a new build than convert a building! And yes, then there was the small matter of building during a once-in-a-century global pandemic. It felt like sailing a ship through a storm waiting for the next wave to hit.

Stakeholders who have visited the completed development have been amazed at what we have achieved. If this development changes lives, it will have been worth it.

Charlotte has worked in housing for over 20 years. She is a member of the Chartered Institute of Housing and is experienced in working with housing associations, local authorities and charities.

Charlotte has worked for Affinity Trust for over ten years, ensuring the housing elements of projects are delivered successfully. She helps our divisions manage our relationships with housing association partners. Charlotte also oversees the running of our separate housing arm, Millbrook Property Services. 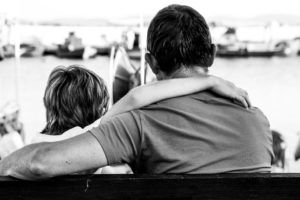