Affinity Trust started supporting Stephen in his own home in 2017, after he’d spent more than 20 years living in residential homes.

Stephen’s time in these homes had left him unskilled and institutionalised. He wouldn’t drink a cup of tea until 3pm, as that was when he’d been told teatime was. He’d become used to eating from a side plate – “they were what we had dinner on”, Stephen says. He also had a limited diet and was used to eating a lot of soup.

Now he is being supported by Affinity Trust, living with two other men in a shared house near Cannock in Staffordshire, Stephen is becoming more independent. Staff have encouraged him to eat a more varied diet, using a whiteboard to plan his meals. Seeing what his housemates Wayne and Lenny enjoy has helped him try new foods, like peppers and garlic. He enjoys baking cakes.

Stephen now has a one-cup kettle to help him feel more confident in making a cup of tea – and he now knows he can do this whenever he wants.

Stephen is also good with his hands and enjoys mending things. Staff supported him to find a work placement in a charity shop, and he loves helping with the Hednesford Park restoration project. He’s also taken up gardening, and has grown his own potatoes and cauliflowers.

For Stephen, having his own money was a novelty at first. Support manager Karen says, “Stephen quickly began to enjoy spending, buying lots of poor quality goods from discount shops that soon broke and needed replacing.”

So staff have encouraged Stephen to shop around and feel the difference in materials before he makes his choice. Staff have explained the problems of hoarding and he has agreed to a ‘one in, one out’ policy.

During the pandemic, Stephen has kept himself busy, taking part in arts and crafts on rainy days. When it’s dry, he has enjoyed maintaining the garden, planting flowers, and – a particular pleasure – feeding the squirrels. He has also bought a new camera and is enjoying his photography books. 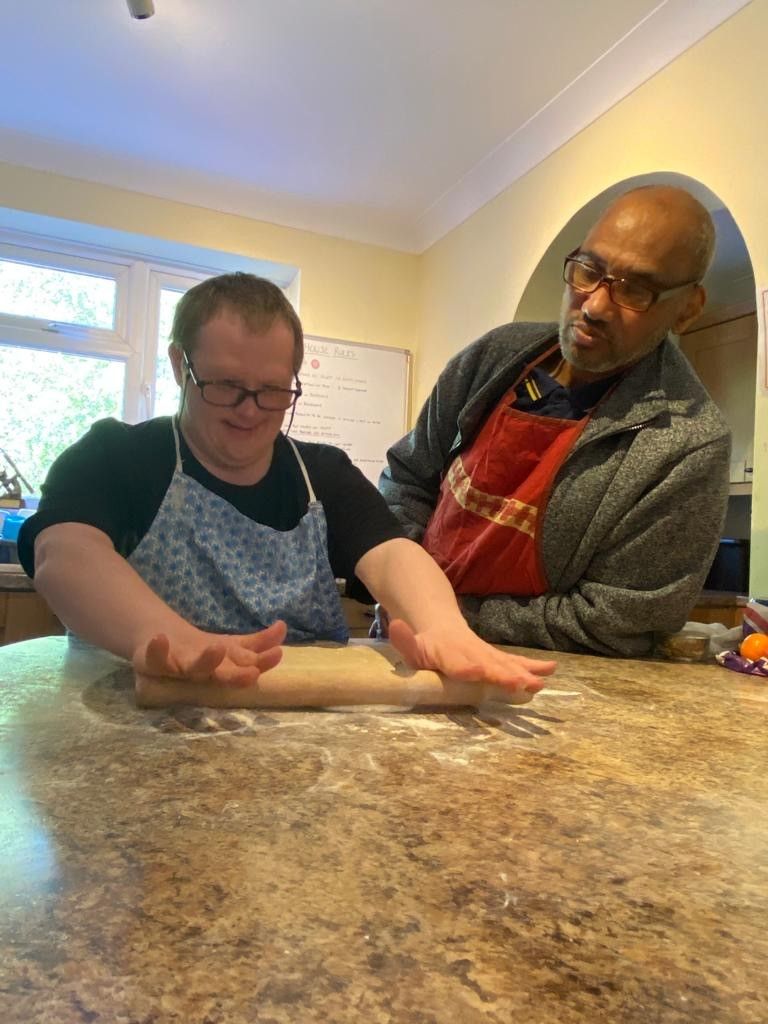 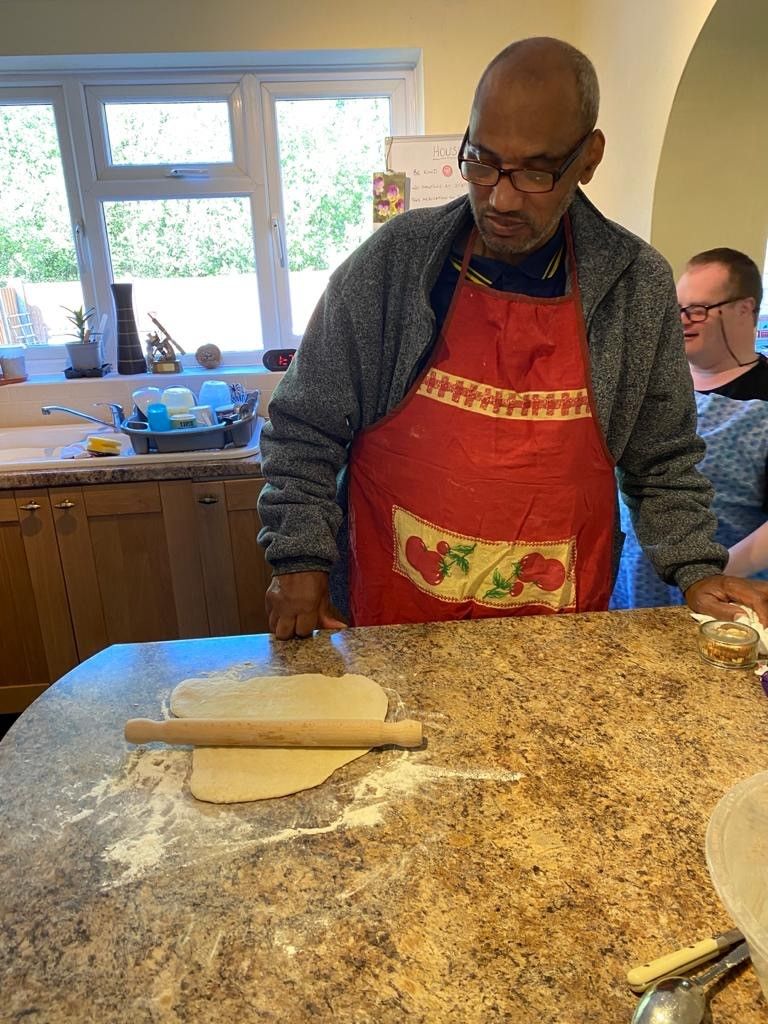 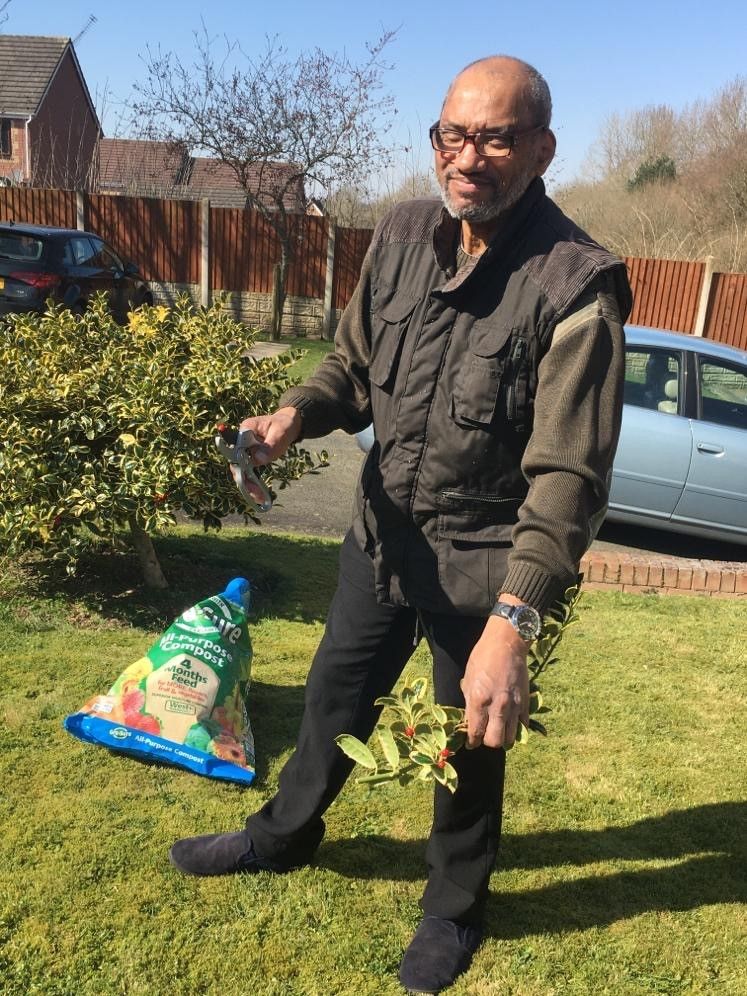 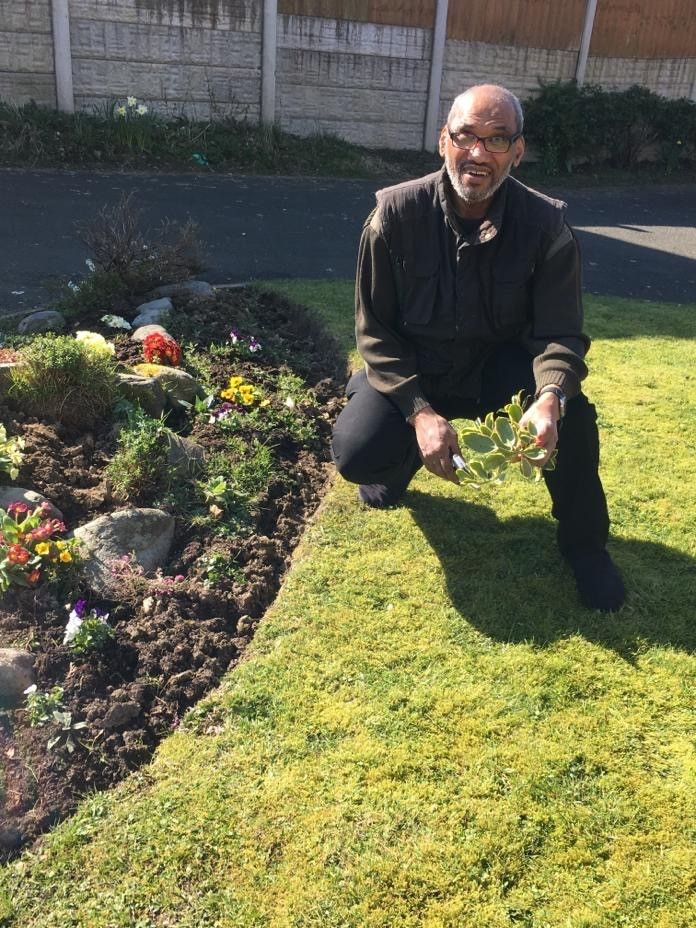 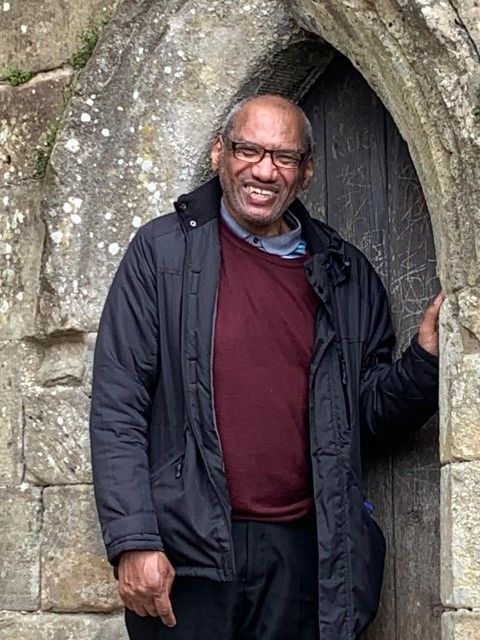 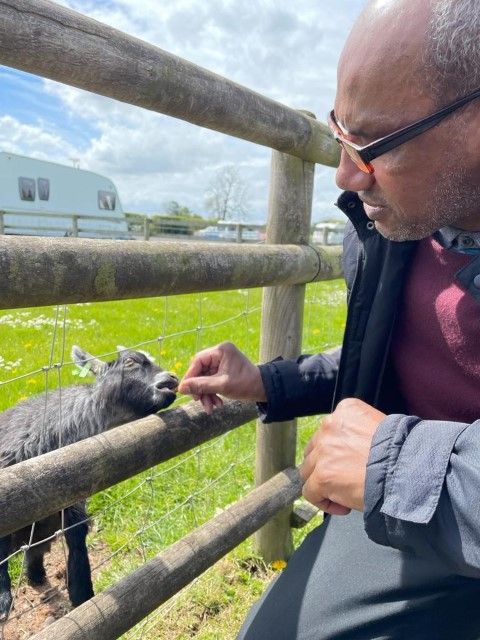