Paul has multiple disabilities, walks with difficulty and has little verbal communication.

Before Paul’s move to Affinity Trust, Paul’s parents had been worried about him, feeling that he was not happy and that communication with his previous support teams could have been better.

Tony, Paul’s father, says: “When Paul moved to being supported by Affinity Trust, I must admit I wasn’t expecting great things – we had been disappointed so often previously.

“Unfortunately, things didn’t get off to a great start, as staff had to be with Paul constantly because he was likely to fall.” Paul found this difficult and often responded with challenging behaviour. But Paul’s support team helped him improve his mobility, giving him more independence. This made him much happier.

Tony says: “I realised that this was going to be much better for Paul. I was very impressed with how open staff were, how they listened to both Paul and us and worked with us, trying many different approaches to enable Paul to do things he wanted to do.”

Staff also worked with Paul’s parents to understand how he communicates, adopting an upbeat, friendly approach. Tony is delighted: “Paul loves his support staff. They are the reason we have our cheerful chap back for the first time in years. It is rewarding to see.”

During his time with Affinity Trust, Paul had to move from Battle to Bexhill. Tony says: “This caused us much anxiety. However, Affinity Trust’s management of change was exceptional.  We met staff from Affinity Trust and social services prior to his move, and Paul visited his new home more than once before moving.  Several staff members moved over with Paul, as did another resident, his friend Derek.

“Suggestions the support workers have made to Paul, including using a wheelchair on day trips, and a different approach at mealtimes to help him eat more easily, both of which we have adopted, has really improved life for him and for us.”

“We have also adopted the home’s choices of food and its presentation to help his digestion when he visits us at our home.”

Paul’s health continues to improve and his weight has increased. He has grown in confidence and attends courses at the local college.

Tony adds: “He is supported so well to do things he really enjoys – and has always enjoyed the company of horses. Since a youngster, if they put their heads over the fence he would stroke and feed them fresh grass.”

“Thanks to Affinity Trust, Paul is happy and part of the community, including doing ordinary things that his brothers and sister do – such as enjoying a takeaway on a Saturday night. That means so much to his mum and me.

“Paul continues to enjoy and love and care from his support staff. They are the reason we have our cheerful chap after years where no one took the time to understand his needs and wishes.”

“Paul loves his support staff. They are the reason we have our cheerful chap back for the first time in years” 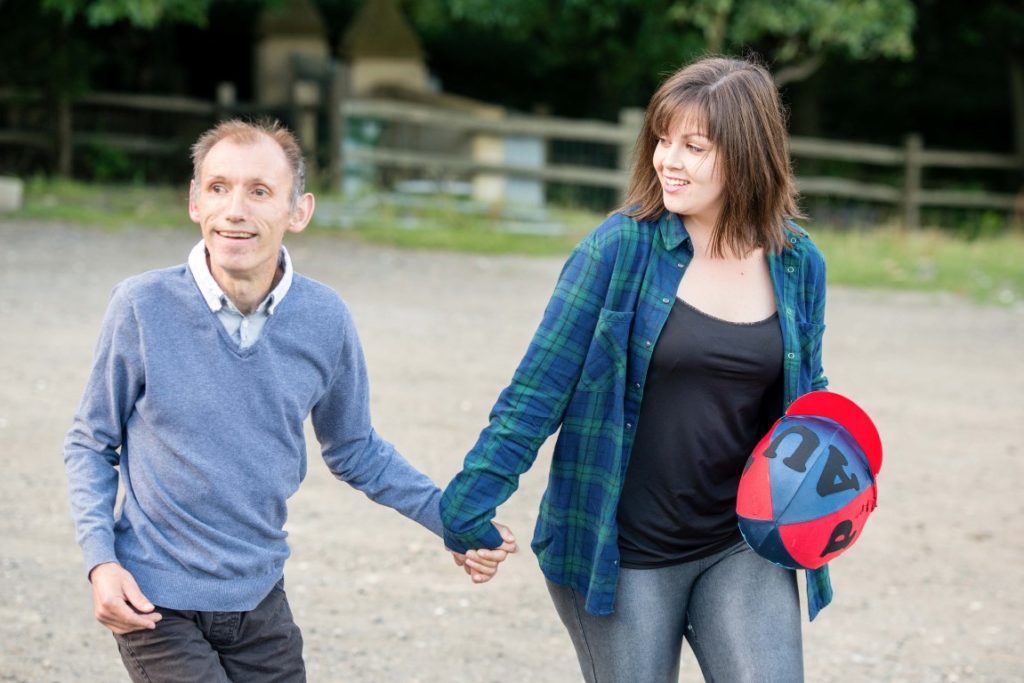 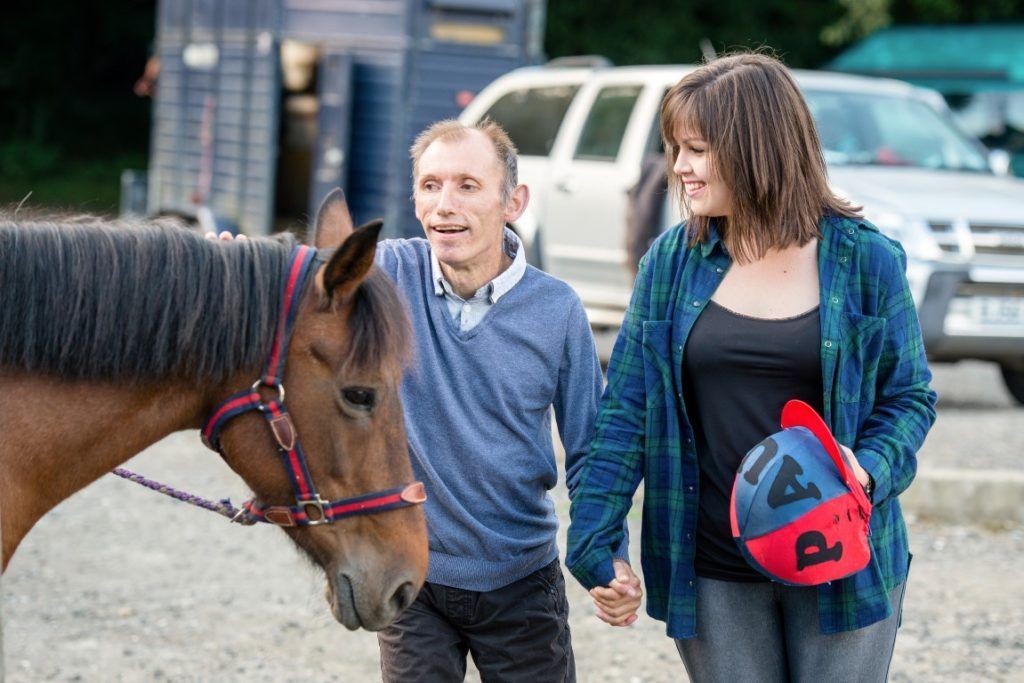 We’ve been working in East Sussex since 2010. We currently support 37 people in five residential homes and another 10 people who have their own flats in one purpose-built building. 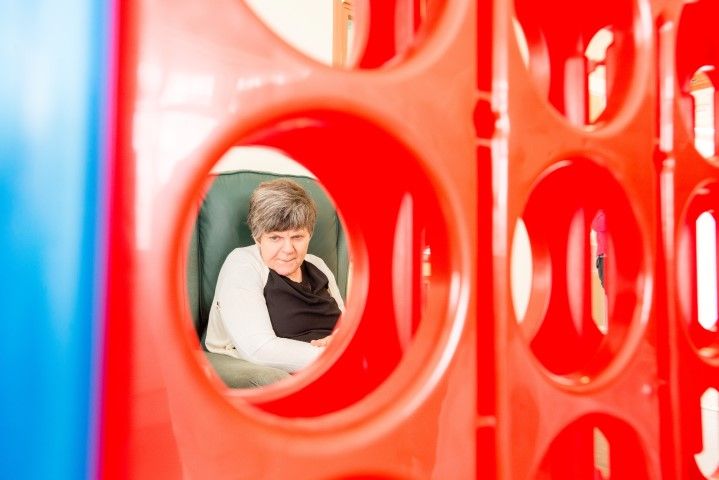 We manage a number of residential homes across the country where small numbers of people live together in shared accommodation. 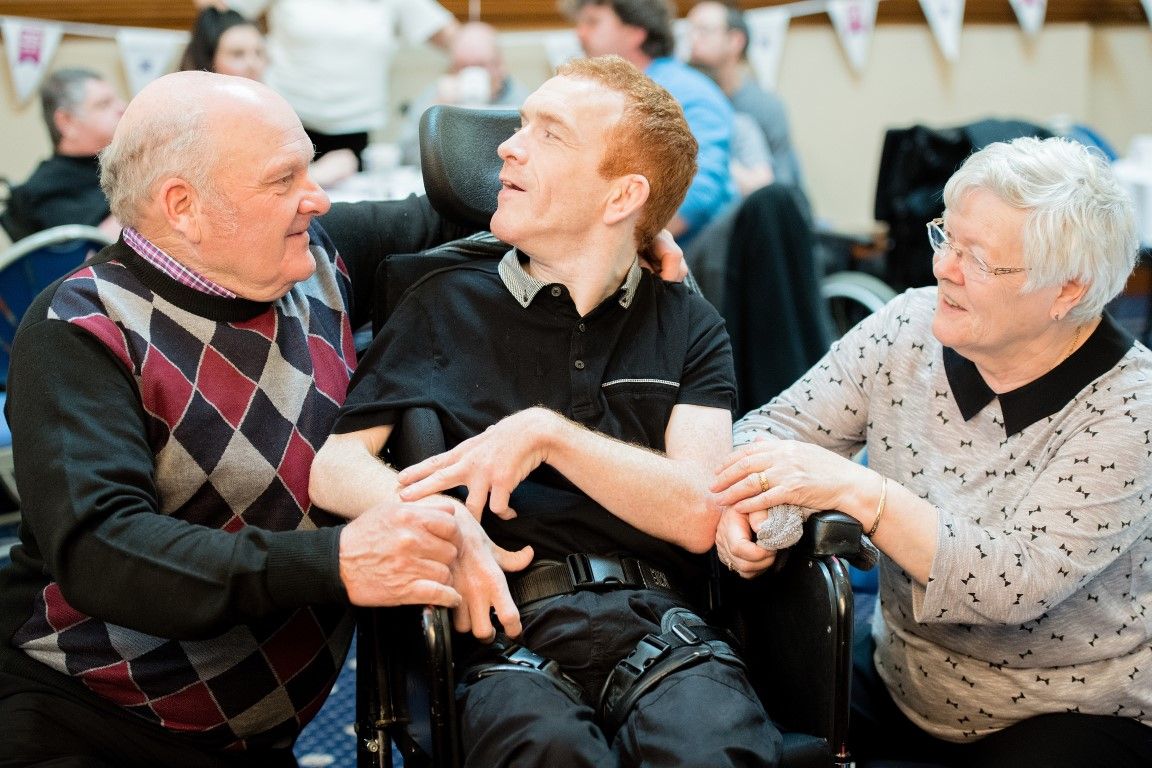 We aim for strong, trusting relationships with families of the people we support. This means respecting their views, and their role in supporting their family member.