J first came to Affinity Trust in January 2018, when he was seven. Referred to us by Bradford Council, J was one of the first children in the city to be supported by our Positive Behaviour Support (PBS) service.

The service outcomes are to keep allocated children out of residential care, maintain education provisions, improve quality of life, and reduce behaviour that challenges.

At the time he was referred to us, J was presenting with high levels of distress at home, including property damage and frequent attacks on his mother. Gillian, his mother, said: “My son’s behaviour escalated. He was attacking me up to 15 times a day, pushing me down the stairs. It just gets to the point where you do really need support.”

Our Service Lead carried out a functional assessment of J’s behaviour and a quality of life assessment.

Over a period of direct observation, our team noticed that J struggled with unpredictable environments, over-stimulation, inconsistent boundaries, changes of routine without warning, and poor interaction with some of his support network. Gillian commented, “My son has autism. He’s a bright young boy but with very obsessive behaviour. He likes rigid routine.”

We discussed our findings with Gillian and J’s multi-disciplinary team. All agreed with the information presented and we started to develop J’s Positive Behaviour Support plan.

“At first I think I were nearly crying, because I were that overjoyed that somebody were going to help me” – Gillian

This plan was shared with and agreed by the multi-disciplinary team. They praised the effort and expertise involved, with one person saying: “It’s amazing to see this much work go into one child’s plan.”

Our team continued working intensively at J’s home and school, and with J’s grandparents and other stakeholders, supporting them in implementing the PBS plan, modelling strategies, and providing guidance. We also designed short environment-specific plans.

Our strategies for J included:

In the six months since we started implementing J’s plan, there have been significant changes in his presentation:

At our review meeting in September, Gillian told us that J had caused no injuries and shown no aggressive behaviour over the past couple of months. And, speaking in January 2019, she said: “Me and my son, it’s like a different world now. I’ve not had aggressive, violent behaviour for probably seven months now.”

“Everything is so much better. He loves school. He’s just a happier boy” – Gillian

Our Positive Behaviour Support service in Bradford is commissioned using a Social Impact Bond. Affinity Trust receives payment only if children remain out of expensive residential care placements. Our social investor is Social and Sustainable Capital.

The outcome payments for this service are funded by the National Lottery Community Fund, Bradford Council, and NHS Clinical Commissioning Groups for Bradford City, Bradford District, and Airedale, Wharfedale and Craven. 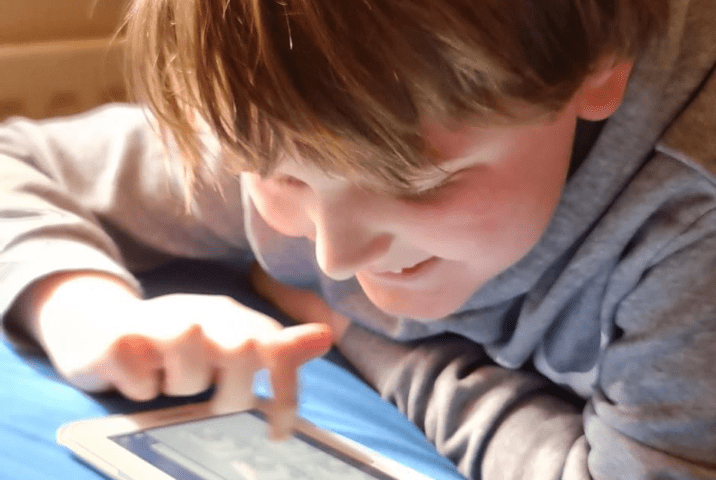 Our services for children and young people with learning disabilities include Positive Behaviour Support, supported living and transition. 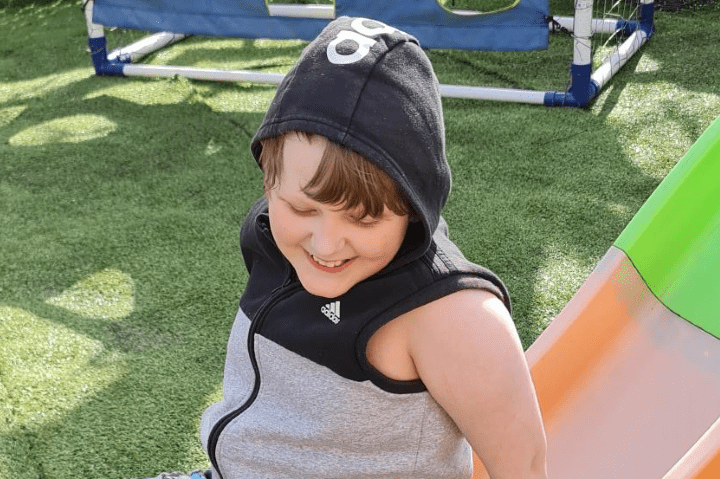 Affinity Trust’s Positive Behaviour Support service in Bradford has received an excellence award from the British Institute of Learning Disabilities.

Mark has autism and ADHD – but Positive Behaviour Support has made him less anxious, while helping his dad Tony understand his needs. (Image is not Mark.)